The Malawi Revenue Authority (MRA) is an agency of the Government of Malawi responsible for assessment, collection and accounting for tax revenues. MRA was established by an Act of Parliament in 1998 and was launched in February 2000. It was formed to improve on the functions previously carried out by Divisions of Customs and Excise, and Income Tax in the Ministry of Finance. The Authority operates as a government tax administration agency under the Ministry of Finance. The revenue that the Authority collects goes to Government for implementation of various socio-economic development projects such as the constructions of roads, bridges, schools health facilities and provision of social services. These include national security, provision of salaries for civil servants such as the police, the army, judges, doctors, nurses and teachers.

The Customs Division administers and enforces the Customs and Excise Act. The division collects Import duty, Export duty, Import Excise, Import VAT and trade statistics. It also facilitates trade and protects the community from entry and exit of restricted and prohibited goods. The Domestic Taxes Division administers and enforces the Taxation and VAT Acts. The Division collects direct Income Taxes from individuals and corporations. These are in form of Pay As You Earn (PAYE), Provisional Tax, Fringe Benefit Tax and Withholding Tax. The division also collects domestic VAT and domestic excise. MRA has over 30 stations spread across the country.

To collect revenue on behalf of Malawi Government

To collect revenue and facilitate legitimate trade for national development

To be a modern revenue administration known for excellent service

As the Malawi Tax Administration, we wish to establish ourselves as a responsible organization, providing quality service to the Malawi nation that is based on:

FUNCTIONS OF THE MRA

The Authority is charged with the responsibility for the assessment and collection of specified revenues on behalf of the Government of Malawi. The specific functions of the Authority are to:

Since inception, the Authority has continuously instituted reforms aimed at improving the efficiency and effectiveness of MRA to increase revenue collection. Reforms are also aimed at promoting voluntary tax compliance to the highest degree possible to maximise revenue collection and decrease the cost of collecting revenue. Some of the recent notable reforms initiatives include: 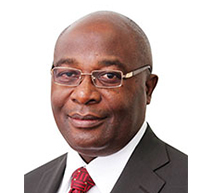 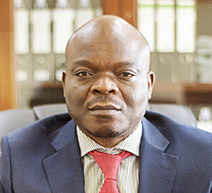